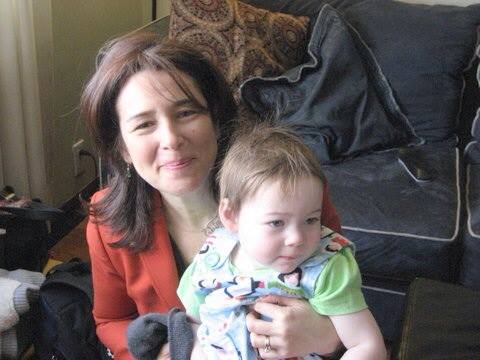 Jen was interviewed by the C-ville by email as part of the Valentine’s Issue but they weren’t able to run the whole thing, so here it is:

We believe that what’s funny, what’s inspiring, what makes us human is stories. Stories, whether true stories or comedy sketches, originate in experience. Sharing stories that are grounded in true experience creates honest community, it’s how we learn what the world is like and the people around us are like. But sharing the truth, or riffing on it, takes skill as well as courage, so Big Blue Door offers classes and performance opportunities that are carefully designed to teach craft, build realistic confidence, be incredibly fun, and fit in tight schedules, because none of us has enough time.

2. I know that you and your husband founded BBD, but did anyone/anything else play a role in its creation?

Joel and I are co-directors. We talked through and outlined the basics while we were still living in New York, and anything wrong with the organization is purely on our shoulders, but as far as bringing BBD into existence and even more so making it successful a lot of people did a huge amount. In New York we were inspired by the Moth (a storytelling show), the Magnet (improv comedy school), and so many other experiences. And then in Charlottesville it feels sometimes like the whole town has helped us: Greg Antrim Kelly really welcomed us to The Bridge when we came down, and Bree Luck at Live Arts gave Joel his first chance to teach. This past year we’ve done most of our shows at the Woolly Mammoth, and Matteus and Anna have been great. Plus people agreeing to tell true stories in public when they’d never even heard of such a thing, people coming to an event called a Big Blue Door Jam without having any idea what they’re getting, and people taking classes in stuff like longform improv when what the heck is that? We’ve had a lot of people really step up to help with leadership and production too. Right now, Lewis Reining is recording our shows and editing them for WTJU. Sean McCord, Ray Nedzel, and Jude Silveira have recently produced shows, hosted shows, and Jude helped us set up our email last year. Possibly the person who has helped the most is our incredible babysitter, Colleen. And no, we’re not giving out her number!

3. Now the big question: Why? Why did you decide to do this? And how has the reality of BBD differed from your expectations?

Working in New York as a fundraiser and consulting with non-profits you become aware of the limitations of donation-based organizations in really talking about the world we’re living in. Candor often feels like a radical act. Honesty feels like a radical act. But how can there be a true community without them? Joel and I became interested in some of the other types of entertainment and art that we were seeing. True stories, longform improv, sketch writing. And other organizational models. We talked about how great it would be to bring this stuff back to Charlottesville someday. Then two years ago we had a baby and that was the motivation to turn someday into now.

We’re still constantly amazed at how the lives of the people around us are often more interesting than the movies and books that are created by professionals to be as interesting as possible. The humor of people on an empty stage can really cut to the heart of things.

3. Can you tell me a little bit about the format of BBD? Just some logistical stuff: exactly how it works and how performances/events are organized?

Big Blue Door puts on a variety of shows, including sketch and longform improv, but we’re best known for our monthly Big Blue Door Jam. It’s a fun true stories show on the third Thursday of every month that’s open to anyone. Members of the community sign up ahead of time to tell a 6-8 minute true story inspired by that month’s theme. We draw the names out of a hat to determine the order. At the end three teams of volunteer judging teams from the audience vote on their three favorite stories and the storyteller with the most votes wins a jar of jam from Reid’s supermarket. It’s a lot of fun and the stories are great. You don’t have to have any experience or take classes to tell a story. We only ask that you see a show first so you know how it works.

4. How often do events take place at BBD? Any big events coming up, or anything else we should know about?

We average about two shows a month. Our next Big Blue Door Jam is Thursday, February 20th at Woolly Mammoth and we’re so excited to be partnering with the C-ville for a show of true stories inspired by the theme of ‘Crazy Little Thing Called Love.’

This March in addition to another Door Jam on the 20th we’ll have three one-hour class shows back-to-back on Monday, March 17th and two of the classes are sponsored by Live Arts so we’re very excited about that too! We’re going to call it Big Blue Door Unhinged. Plus we have recordings of true stories from our live shows on Monday editions of Soundboard on WTJU.

People can find out about upcoming shows and classes at our website bigbluedoor.org.